The phone rings. It gradually pulls me from a sound sleep. I roll over and raise my eyes enough to see the clock. 2:52 a.m. Family? Something wrong with Mom or Dad?

A week earlier. A different phone call. Henry called and said he really needed to talk. He asked if he and his wife could come over. I made it a policy to not have clients from the drug treatment center in my home. There were very few exceptions. That night, I made one for Henry.

Henry had been doing well on the program, I thought, but was in a car accident and wound up in the hospital for a few days. When the doctors found out he was on methadone, as treatment for heroin addiction, they would not give him any morphine based pain killers. In fact, the pain killer they gave him was known to be an antagonist to morphine and should have thrown him into withdrawals. It didn’t happen, and it got his attention. Henry knew in his heart that something unusual was happening. He wasn’t sure what, or whether it was good or bad. Frankly, it scared him.

One of the nurses at the hospital was “different.” He asked her, and found out she was a Christian. He shared his fears with her and began crying as he did. He wasn’t sure why he cried, but he did. She talked with him awhile and comforted and encouraged him.  All of this was very strange to Henry.

Right after he got out of the hospital is when he called and asked if he could talk with me. When he and his wife came over, he opened up. He shared his story about the accident and how he wound up in the hospital. He revealed, too, that he had been beating the system at the treatment center. Although we thought he had been staying “clean,” he was using about $200 of “street dope” a day on top of his 50 mg of methadone. He really should have gone into withdrawals in the hospital, with or without the antagonistic drug.

He wanted to know about Jesus. He asked questions. He shared his past hurts – an abusive father who deserted his family when Henry was a young child. His mother turned lesbian as a result. She kicked him out as a young teen. He shared some other relationships gone bad. “Everyone whom I’ve ever trusted in my life has let me down or deserted me. How do I know that Jesus won’t, too?” He asked. I told him there was no way I could convince him with words that God was trustworthy, but I would pray that somehow, God would get through to his heart and show him that He would never fail him. With tears in his eyes and sincerity and fervency in his voice, Henry replied, “You do that, because I really do want to trust Him.”

A few days later. The phone call. 2:52 a.m. me (sleepy and a little unsure I wanted to answer): “Hello?”
Henry (voice full of enthusiasm): “Hello, Rick, this is Henry. I just wanted to tell you I just got saved!”
That got my attention. Now wide awake: “Wow, Henry! That’s great!”
Henry: “Yeh. I couldn’t sleep. So about 1 o’clock I came downstairs and started reading my Bible and after about an hour, I just got down on my knees and asked Jesus into my heart!”

Change can be scary. Perhaps the biggest challenge to change is fear. We settle deep into our present misery and become comfortable there. No matter how promising the hope of future good, we’re afraid to let go of the only thing we’ve ever known. To venture out, even for the relief and peace and joy for which we’ve always longed, is just too risky. What if someone let’s me down again? What if I fail again? I just couldn’t handle another disappointment.

That’s kind of what I was referring to in an earlier post when I talked about feeling beat up by life. After getting slapped down a few times, you just are afraid to get up anymore.

The past few days, I’ve been trying to set the stage for this blog. Life is full of both good and bad. Most of us know that. Eventually we even come to accept it. Victory comes when we not only accept it, but embrace it. This blog is about embracing it. It’s about why we should embrace both the good and the bad. It’s about how to. It deals with matters of faith. It deals with learning to be thankful. However, what I hope really makes it unique is not just saying, “thanks.” I am on a journey to embrace Extreme Gratitude. Come along. Join the conversation. Join the journey.

Life is full of both good and bad. Victory comes when we not only accept both, but embrace both. #embracelife Click To Tweet

Are you at a place where you know you need to make some changes? What needs to be different? Would you share a time when you knew you needed to change and hesitated taking that first step. What happened? 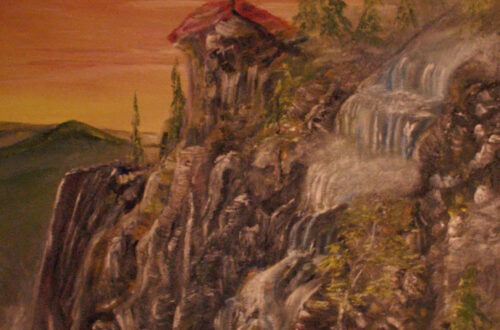