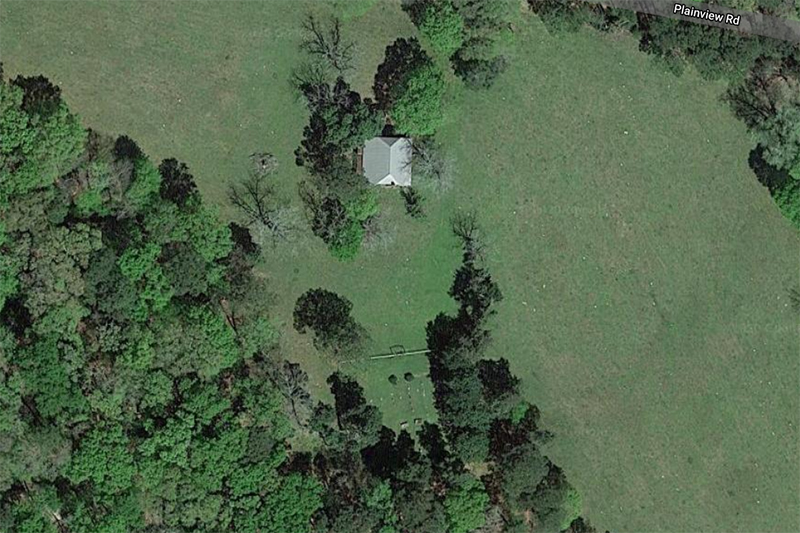 This house used to belong to my great-grandfather, Papa Sibley. It’s on property that belonged to my great-great-great grandfather. My mother and her family lived there a few years when she was a little girl. There is a family cemetery you can see to the south of the house. There are family members buried there who first came to Louisiana in the 1840s, veterans of nearly every war since the War of 1812. There is a lot of family history here. It gives me a sense of roots. It has inspired me to research my ancestry. As a result I have traced branches of the family tree that I never even knew existed before. Even though I have no physical inheritance there, knowing the history and legacy that goes with it has helped me understand the idea of inheritance.

Inheritance is a Biblical concept. You see it throughout the Old Testament. God gives such importance to it that He made sure every one of the Hebrew people had ownership and inheritance in the land. He put in place a law that ensured that even if they lost the family land due to debt, once every 50 years “Jubilee” happened. A significant provision of the Year of Jubilee was that all land was to be returned to the family that originally owned it. Because it was such a significant theme in the Old Covenant, it is a principle of the New Covenant as well.

Like most things that transition from the Old to the New, inheritance in the New Covenant exceeds the concept as it appeared in the Old. The significance, as with many other things, is introduced in the Old Testament. Deuteronomy 9:29 and 32:9 show us that while God was presenting the idea of inheritance in the land to the people of Israel, He was claiming the people themselves as His inheritance. So, when Paul is writing to the gentile believers in Ephesus, he let’s them know in no uncertain terms that their salvation is part of God’s plan, telling them they have received the same Holy Spirit the Jewish believers received as a “pledge” of their inheritance. Then He prays they would receive a spirit of wisdom and revelation in the knowledge of Him so they may know “what are the riches of the glory of His inheritance in the saints.”

In addition, He gives us an inheritance. He appointed Jesus “heir of all things” (Hebrews 1:2). Further, “The Spirit Himself bears witness with our spirit that we are children of God, and if children, heirs also, heirs of God and fellow heirs with Christ, if indeed we suffer with Him in order that we may be also be glorified with Him” (Romans 8:16-17). What Christ inherits, we inherit. He is heir of “all things.” So are we.

That’s why Paul can go on to say that God works all things together, the good and the bad, the wins and the losses, the successes and the failures, to mold us into the image of Christ (Romans 8:28-29). “All things are for your sakes, that the grace which is spreading to more and more people may cause the giving of thanks to abound to the glory of God” (2 Corinthians 4:15). And there it is – Extreme Thanks: the abounding, abundant giving of thanks because God uses all things to spread His grace.

This! This is our inheritance. Don’t fix your hope on the uncertainty of riches or worldly, temporal possessions, “but on God, who richly supplies us with all things to enjoy” (1 Timothy 6:17).