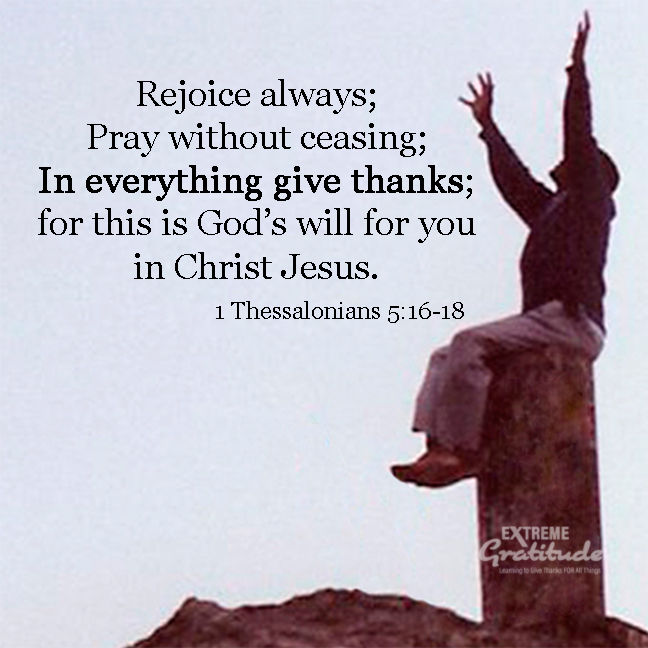 It’s a place to start. In fact, it’s partly what started me on the journey of understanding and embracing thankfulness.

However, as my spiritual journey continued, I found a lot of scriptures about giving thanks that opened my eyes to an awareness of the massive, passionate, faithful love of God that demands a deeper level of faith, and a more extreme expression of thanksgiving.

That being said, start where you are. Maybe you’re doing good just to say “Thank You, Lord,” without really knowing what there is to be thankful for. Maybe you are able to look at your situation and say, “It could be worse; thank You, Lord.” Maybe you find some specific thing to be thankful for in the middle of whatever you’re going through. “In everything give thanks, for this is the will of God’s will for you in Christ Jesus.”