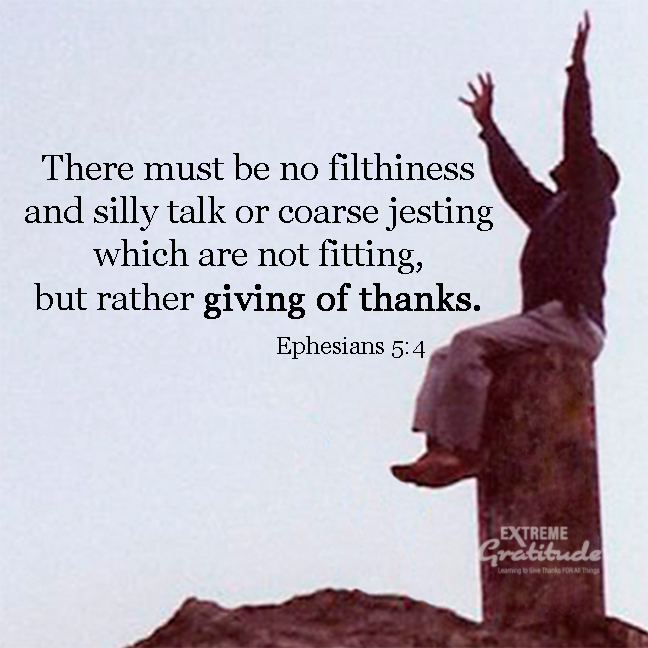 Anyone who knows me, knows I’m not big on a religion of rules. There are standards which let us know what righteousness looks like, and when we’re falling short of it, and for that matter what does or does not constitute sin. Yes, there are some absolutes, that, when we violate them, it is sin. It’s why we need a savior. And, a savior is why Christianity is not a religion of rules, but a relationship of life, empowerment, and victory.

Ephesians 5:4 is a great example of this. “And there must be no filthiness and silly talk, or coarse jesting, which are not fitting, but rather giving of thanks.” The first part reflects a standard that is worth attaining. But, what do these terms even mean? Let’s take a look, but I’ll keep examples to a minimum. Giving examples would make this look like a list of rules, and result in our missing the real message.

Again, the point here is not to make a list of New Testament “thou shalt nots.” Just to make it clear—here is the real message I want to get across:
“But rather giving of thanks.” Replacing these things with thankfulness will change us from within. It will make God our focus and bringing honor to Him our goal. At the same time, it will keep us from falling into inappropriate and even sinful behavior.

You can find a more complete presentation of this on pages 136-137 in Extreme Gratitude.