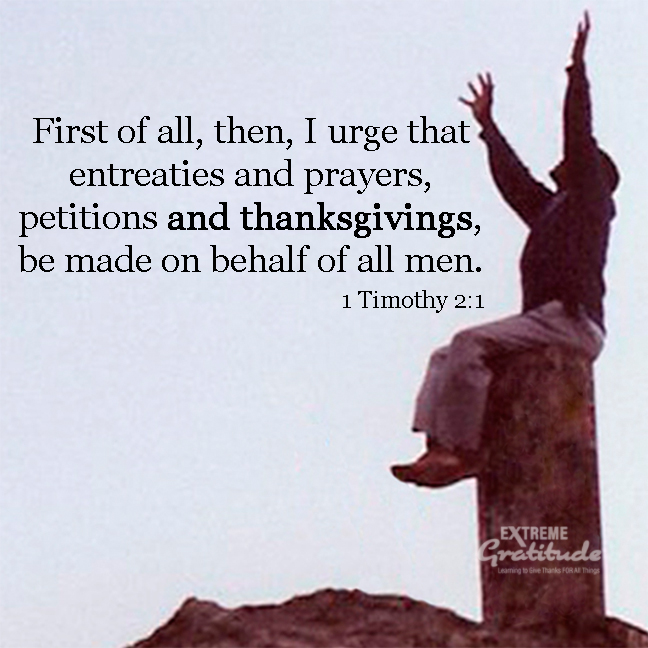 “Entreaties and prayers and petitions.” There are several words used for prayer in the New Testament. There are subtle variations in meanings that can help us understand the concept of prayer better. I won’t go in a lot of detail here, but here are some insights from the Greek words.

“Entreaties” comes from a root word meaning “a need, or lack.” So, it carries the idea of making known what it is you need. You can make an urgent request and seek aid for your needs.

The word used for “prayers” means “an uttering aloud, or speaking out, to” and is used in the New Testament only in reference to God. It recognizes that God alone is the one who has the power to help, so it is to Him alone that we are urged to voice our prayers.

“Petitions” can also be translated intercession. The word literally has to do with meeting with, coming together, having access or audience. It’s standing before God on behalf of others. The word is only used twice in the New Testament, and both times is tied with thanksgiving.