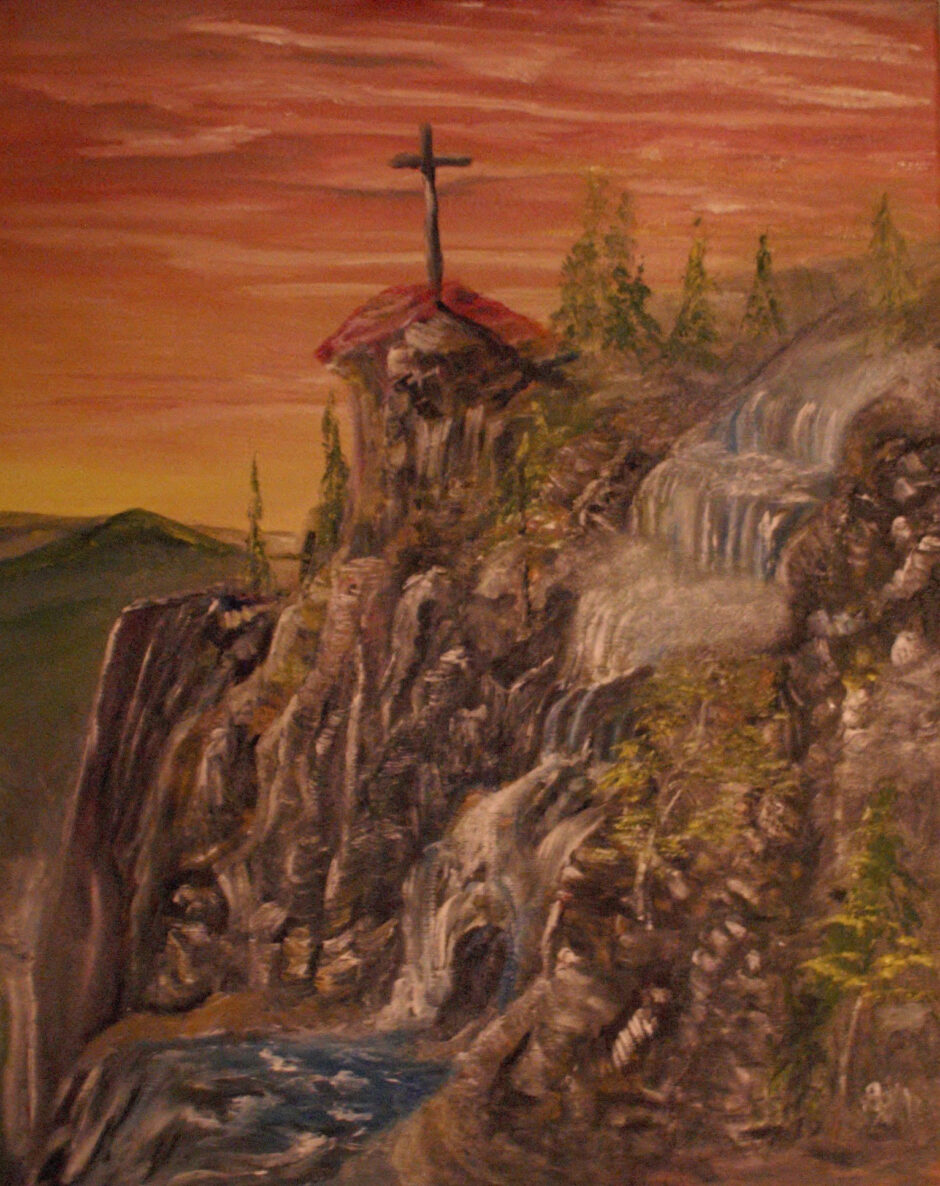 When I wrote my last entry, on December 30, 2020, I told of having received a diagnosis of Covid-19, and mentioned that my symptoms were light. I went on to make some somewhat bold declarations of faith. I had no idea where that journey would take me. I went through some of the darkest days of my life, and know death was very close. A lot of people responded to Trish’s requests for prayer, and shared the request with their churches, families and friends. (Speaking of requests—I received a request passed on by a friend to be praying Monti Thurman. He’s in ICU, very sick with Covid. Pray for his healing, pray for his and his wife’s spiritual encouragement and strength as well.) The promises of God are true. He does exist, and He is a rewarder of those who seek Him. Thankfulness to God for “all things” does effect change in our hearts, and makes Satan and sickness of no effect in our lives spiritually. (Yes, I was affected physically, and am still recovering, and praying for a full recovery.)

That begs the question, why do some survive and some don’t, even Christians, even people who are being prayed for. I can only say that I totally trust that God’s plans are wise, and best for all involved. I often see memes saying that it’s not true that God won’t give you more than you can handle. They try to prove this by examples from life and even from scripture. They totally miss the words of 1 Corinthians 10:13—”No temptation [test, trial] has overtaken you but such as is common to man; and God is faithful, who will not allow you to be tempted [tested, tried] beyond what you are able, but with the temptation [test, trial] will provide the way of escape also, so that you will be able to endure it. Those who create and/or post these memes often go on to say it’s about trusting God. However, it is sad that they lose sight of God’s faithfulness in not allowing us to be tested beyond what we are able, and He makes us able. If you are facing a crisis, even death, the very fact that you are facing it is evidence that you can endure it, and is a promise that God will see you through it.

Here’s a summary of my Covid-19 experience:
My primary symptom was a cough which continued to get worse over the next several days. On January 10, my oxygen level dropped to near 50%. It should be in the nineties. Trish called 911, and I was transported to the nearest available hospital. I was put on a respirator on Tuesday the 12th and remained on it for 8 days. Trish was told several times to prepare for the worst as few people survived this stage. When I came off the respirator, I was moved to ICU where I remained nearly a month. I have little recollection of my hospital stay, in part due to all the drugs they were giving me, and in part just to the mental fogginess sometimes associated with Covid-19. In fact, without some prompting from my wife, I barely remember anything since last Thanksgiving. The intubation damaged my throat and I could not swallow until near the end of my stay, when I began to be able to swallow ice chips. A feeding tube was put in the day before I left the hospital and went to rehab. I thought rehab would be about a month. It was closer to two. Because I was so weak, and still sometimes confused, it took a little while for the therapists to get me where I could actually do any exercises.

I was blessed with two wonderful, Christian therapists—Gina for physical therapy and Bob for occupational therapy. Gina would come in each morning and one of us would say, “This is the day the Lord has made.” The other would respond, “Let us rejoice and be glad in it.” It was her idea, and it set the tone for my whole day. Gina and Bob saw a copy of Extreme Gratitude on my bedside table, and both ordered it and began reading it. As I got my strength and clarity of mind back, I began rereading Extreme Gratitude myself. It contains truths I really needed to be reminded of. This was a frustrating, discouraging and dark time for me. Reading my book reminded me of the promises and faithfulness of God, of His awareness of my needs even before I asked, of His provisions for all my needs. I wound up reading it four times while I was in the rehab. I began being more thankful, struggling to do so, and struggling even more with the idea of joyously giving thanks (Ephesians 5:20). Some of the staff at the rehab were very caring, others couldn’t care less. I learned to thank the Lord even for those aides or nurses that answered my call button, said they needed to get someone or something, and left and never came back.

I had a swallow study scheduled for April 13th. That’s where you are given small quantities of different things of different thicknesses to swallow, and sitting in front of an x-ray, the technicians video what happens to what you eat. Does it go down your esophagus, or to your lungs? I had already failed two of the studies. My speech therapist at the rehab, Talara (who was also a Christian) helped prepare me by giving me some different things to try, just small amounts that I drank by the spoonful. I cannot tell you how wonderful the first tastes of coffee, Coke, and grape juice were. Her efforts did help, and I passed the swallow test. The next day I was put on a real food diet. It was such an amazing delight, even given the well earned reputation of hospital food. My first cup of coffee in a real mug was so wonderful to me it brought me to tears.

My therapists and a few of the nurses were constantly commenting on my progress and cheering me on. It took awhile for me to see it for myself. When I did, I began to get truly encouraged and find hope that I might actually get to go home. It made me work even harder and push myself to exceed my goals. I was released April 23rd. I’ve been home a week now, and it is so sweet. It is difficult to focus on exercise, but I’m working on it.

In my opening paragraphs above, I tried to summarize some of the principles from my previous post. I urge you to go back and read that last post—The Cleft—to see all that I shared, and more importantly to read Extreme Gratitude, and to study the Bible for yourself to verify it in your own heart and mind.