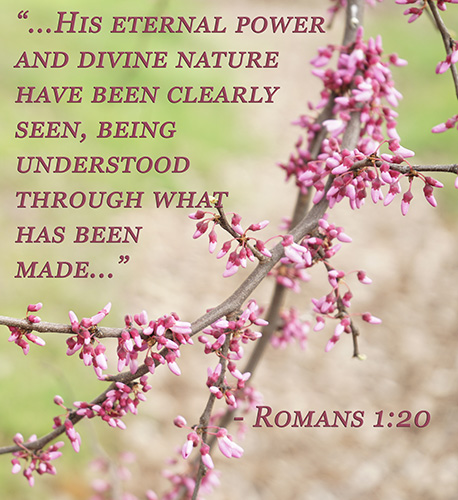 The newsletter the  church mailed out had an article reminding everyone that April 20th is “Resurrection Sunday.”  The purpose of the article was to remind members to invite people, because it is one of the most attended Sunday’s of the year.  And, because of that, protocols are needed to make sure the guests feel welcome.  For example, park near the back of the lot so guests can find spaces closer to the building.  Sit near the back of the auditorium so guests aren’t shunted to the back and can sit closer to the front.  That’s all well and good.  I was mostly just kind of excited they were calling it Resurrection Celebration and not “Easter.”

Still, it begs the question:  If this is the “resurrection celebration Sunday,” why do we gather on Sunday the other 51 weeks out of the year?

It’s really a little sad that the modern church misses this, and gives a nod to the resurrection once a year.  When they do, they blur it even more with Easter egg hunts, etc.  Now, I understand, and see the value in activities like this engaging the community and getting more people in to hear the message.  Even so, I can’t help but acknowledging that we wind up celebrating a pagan fertility idol instead of the Creator of life.

Spring is a beautiful time of the year.  As I get older, I’m learning that every season of the year is beautiful, even brown, barren Winter.  But there is no denying that Spring is special.  I love it when the redbuds begin to bloom with a soft pastel mist of green from all the billions of little seeds covering the elm trees.  It means it won’t be long until Spring actually arrives with its array of colorful blooming flowers and layer upon layer of shades of green.  It is a time of wonder and delight.

Spring is a season of opportunity.  The greatest opportunity is that of pointing to all the new growth and changes and beauty and teaching our children of the amazing creator who made it all.  The beauty of creation testifies of His eternal power and divine nature.  It isn’t about appeasing an idol in order to have an effective planting.  It isn’t about worshiping some “lesser” god or goddess of the season who is bringing an end to winter.  It really is just another revolution of the seasons.  But it is beautiful to our eyes, and that does make for a unique opportunity to tell of the handiwork and majesty and love of God the Creator.  Click here to see the description my 2nd great grandfather gave in the 1860s.

Bottom line:  We need to celebrate the Resurrection of Jesus year round.  Without it, the grave wins.  Without it, death wins.  Because of it, we have eternal life.  Because of it, we can abide in the presence of the living, holy creator God, the one true and living God.  It is our victory.  On the cross Jesus paid the price for our sins.  Spiritually, His death there is our death, our penalty paid, our death because of sin and our death to sin.  But what then? Resurrection!  New life in Christ.  The resurrection is what separates Christianity from all the religions of the world.  In no other religion does God Himself take on humanity, live a sinless life, die because of the sins of man and because of His love for man (not because of the sins, failure, foolishness of the god himself) and rise from the dead for the purpose of making man holy and pure and able to enter into a relationship with God (not in order to bring an end to winter and make the land fertile for Spring planting).  It is what makes relationship with God possible, and is why many assert that Christianity is a relationship and not a religion.  It is a once and for all atonement, not an annual, recurring event.  We should celebrate it every time we gather, and not just once a year.

Years ago, I was talking with a co-worker who claimed to be an atheist.  However, when I spoke of the resurrection of Jesus, he said, “The resurrection is the strongest argument in favor of Christianity.  If it’s true, then what the Bible says about Jesus is true.”

It’s true.  And we, as Christians, need to live in the joy and fullness of it year round, not just one day a year, buried under the trappings of eggs, bunnies and chocolate.

As Christians, we need to live in the joy and fullness of the resurrection year round, not just one day a year. Click To Tweet